The Room Where It Happened: A White House Memoir (Englisch)

As President Trump’s National Security Advisor, John Bolton spent many of his 453 days in the room where it happened, and the facts speak for themselves.

The result is a White House memoir that is the most comprehensive and substantial account of the Trump Administration, and one of the few to date by a top-level official. With almost daily access to the President, John Bolton has produced a precise rendering of his days in and around the Oval Office. What Bolton saw astonished him: a President for whom getting reelected was the only thing that mattered, even if it meant endangering or weakening the nation. “I am hard-pressed to identify any significant Trump decision during my tenure that wasn’t driven by reelection calculations,” he writes. In fact, he argues that the House committed impeachment malpractice by keeping their prosecution focused narrowly on Ukraine when Trump’s Ukraine-like transgressions existed across the full range of his foreign policy—and Bolton documents exactly what those were, and attempts by him and others in the Administration to raise alarms about them. 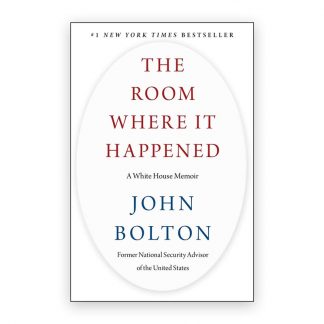